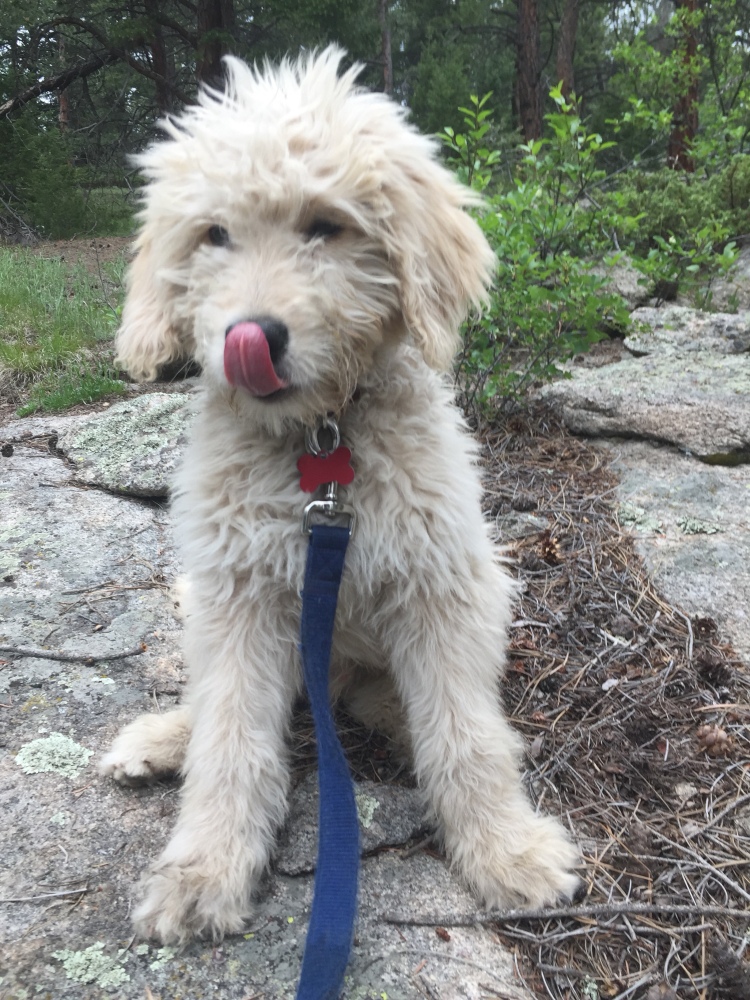 Two months ago, I brought home a wonderfully sweet Goldendoodle puppy and named him Charlie. The three questions I am most often asked:

What kind of dog is he? What’s his name? (Followed by)

Why did you name him Charlie?

I had decided on the name Charlie earlier in the week, knowing we were going to meet him that Saturday. I thought about other names, tried saying them softly and calling them loudly. I never wavered. Charlie felt right. I didn’t have any specific connection to the name, no it’s not the name of an old boyfriend, I just liked the way it sounded. I had a few other names suggested to me but nothing came close. I waited until the following day, having said “Charlie” to my new bundle of joy many times in the first 36 hours and watching him respond. It’s a happy name that fits the expert criteria of naming a dog: 2 syllables and ending in an E sound so they can distinguish their name from other commands.

It wasn’t until this week, when I reread my favorite book from childhood, All of a Kind Family by Sydney Taylor, that I realized where my affinity for the name began. This charming story published in 1951 and set in 1912, centers around a Jewish immigrant family living on the lower east side of New York with five daughters. Their family friend, one of only two nonJewish characters in the book is named Charlie. I don’t want to give anything away, because I highly recommend this book, but I now understand why I loved the name from all those years ago.

I'm a reading specialist from Chicago, now living in the beauty of the Roosevelt National Forest in the Rocky Mountains of Colorado. My first book "Aliana Reaches for the Moon" features a creative and curious girl who loves science, her little brother, and her very patient parents. I'm currently writing a MG novel and several picture books with STEM elements and dogs. View more posts

9 thoughts on “Why did you name him Charlie?”

This site uses Akismet to reduce spam. Learn how your comment data is processed.